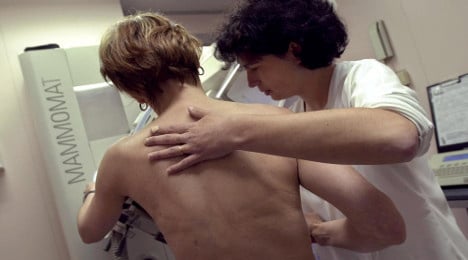 Doctors only realized the mistake after the woman had completed four months of chemotherapy and 22 radiotherapy sessions. File photo: Mychelle Daniau/AFP

The 40-year-old woman began chemotherapy and radiotherapy treatment after undergoing an operation for a cancerous lump on her left breast, Tgcom24 reported on Monday.

However, it was only after she had completed four months of chemotherapy and undergone 22 radiotherapy sessions at an oncological hospital in Rimini that she noticed a burn mark on her right breast, which was healthy.

She confronted her doctor who confirmed her suspicions that she had in fact been treated on the wrong breast.

A preliminary hearing was held in Rimini on December 16th but the case was dismissed after examination of the woman’s medical records and a legal medical report.

This is disputed by the woman’s lawyer, Roberto Urbinati, who presented a series of oncological and psychological findings to support her claim for damages for medical negligence.

According to the lawyer, the medical mishap resulted in “a reduction in the possibility of the patient’s survival by no less than 20 percent”.

“It’s the first case in Italy of such an error. In the world, only in the United States in Pennsylvania, [has there been] a similar [case] to that at the Rimini hospital,” said Urbinati.

The woman, who was diagnosed with breast cancer in 2011, is now suing her local health authority, the Azienda Unità Sanitaria Locale (AUSL), for €800,000. A hearing was scheduled last Tuesday but was postponed.

The investigating judge is still assessing the claim.

In another recent tragic case involving a cancer patient, a 43-year-old woman from the northern Italian city of Treviso waited almost a month for a letter telling her she had cancer because of "staff shortages" at the local post office and a "heavy workload over Christmas".