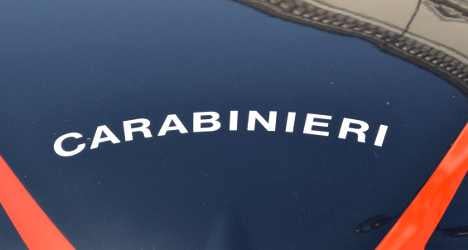 As part of the operation police seized tens of millions of euros worth of assets in the Lombardy region. Photo: Rosie Scammell

Giuseppe Pensabene, a member of the powerful 'Ndrangheta crime group from southern Italy, was arrested Tuesday on accusations of leading a team of loan sharks in Seveso near Milan which opened its doors to new members from among the local corrupt.

Thirty-four people in total were arrested for mafia association, extortion, corruption and money laundering – crimes enabled by "a large network of front businesses and the collusion of postal workers, bankers and businessmen," police said in a statement.

Police also seized tens of millions of euros worth of assets in the Lombardy region.

Some of the laundered money was invested in the building, transport, renewable energy and catering sectors, while part of it was given to family members of jailed mobsters, it said.

Alessandro Giuliano, who headed up the police sting, said that "if the 'Ndrangheta-styled organization managed to become so rich and powerful, part of the blame lies with the collusion of businessmen and other figures who had nothing to do with the criminal world."

The arrests followed months of investigation by Milan's anti-mafia police, who bugged a bar in Seveso used by the gang as a base and caught them on camera arranging deals to loan money and counting out bundles of cash.

Pensabene was referred to in a wire-tapped conversation as "the Bank of Italy".

Judge Simone Luerti, who signed the arrest warrants, described Pensabene and his gang as "having operated as a real, clandestine bank," and warned that their decision to swap violence for the business world exemplified a "new mafia", according to Italian media reports.

"For some economic operators the mafia is a constraint, for others it is an opportunity," he said.

Luerti cited Pensabene, who was caught on wiretap calling for his gang to infiltrate society "like octopuses", saying that they "have to hook onto everything, the tentacles must arrive everywhere, there are the conditions to do it".

The Fatto Quotidiano daily described the "new mafia" as "a new creature bolstered by threats against businessmen, but also by their complicity".

"All businessmen who entered into contact with Pensabene's organisation knew of its criminal nature. Those who were threatened did not denounce them.

And a new figure has emerged: the businessman who is absorbed into the organization," it said.