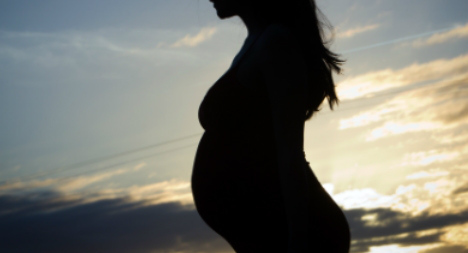 A 54-year-old Italian woman has given birth for the first time. Photo: Loic Venance/AFP

Mother and child are said to be in “excellent health” after the baby girl was delivered by Caeserean at Landolfi di Solofra hospital in Avellino, Il Mattino reported.

“I am happy, in spite of my age. I really wanted this pregnancy, even though there was concern about my age,” the new mother, who wished to remain anonymous, told Il Mattino.

It is unclear from the media reports whether the pregnancy was natural, although Il Mattino noted that “it is rare even on occasions when people rely on science”. The hospital declined to comment when contacted by The Local.

The woman also thanked the team of obstetricians and gynaecologists who helped “bring this pregnancy to term”.

Only a handful of women in their 50s have fallen pregnant without fertility treatment. One of these is an Italian woman, Giovanna Cardi, who in 2010 gave birth to a baby girl, also at the age of 54.

The oldest woman known to have had a child naturally was 59-year-old Dawn Brooke, from Guernsey in the Channel Islands, who had a son in 1997.

Meanwhile, the oldest woman in the world to have given birth after medical treatment is 74-year-old Rajo Devi Lohan, from India.