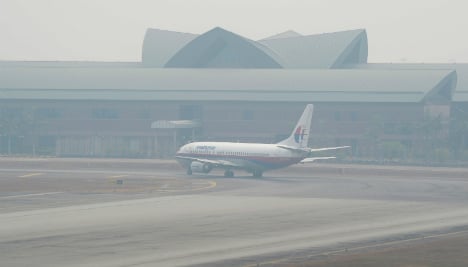 Two passengers on a Malaysia Airlines passenger aircraft that went missing in Asia with 239 people on board appeared to have been travelling on stolen EU passports, it emerged Saturday.

An Austrian, named in reports as Christian Kozel, 30, had his passport pinched in Thailand in 2012, while Italian Luigi Maraldi, 37, had his stolen last year, also in Thailand, officials and sources said.

Despite their names being on the passenger manifest, neither man was on flight MH370 from Kuala Lumpur to Beijing when it went missing without sending a distress signal early on Saturday somewhere between Malaysia's east coast and southern Vietnam.

Maraldi phoned from Thailand to his family in Cesena in north-eastern Italy after seeing on the news that he was listed as being on the vanished airliner, the Italian news agency ANSA reported.

Austrian authorities tracked down Kozel after being told by the airline he was on the passenger list. He is "safe and sound" in Austria, Martin Weiss, a spokesman for the Austrian foreign ministry told AFP.

Weiss declined to comment on whether Vienna had been contacted by intelligence services for more information.

"At this point we have just looked at this from a consular point of view, on whether an Austrian is among the possible victims," Weiss said.

"Anything else that comes now is for the security organisations of this world if they want to look at this from a different angle … We could not comment on this."

In Washington, a US administration official said authorities were aware of the reporting of the two stolen passports.

"We have not determined a nexus to terrorism yet, although it's still very early and that's by no means definitive. We're still tracking the situation," the official said.

Maraldi had managed to phone his father and reassure him he was safe before his family saw the news back home in Italy.

"I turned on (rolling television news channel) RAI News24 and I saw what had happened. Thankfully, everything is okay. Luigi is on holiday, he's coming home in three weeks," the father told Ansa.

Last to know were the police officers who knocked on the door of the Maraldi family home in Cesena in north-eastern Italy, fully expecting to impart some tragic news.

"We were prepared for the worst. It's never nice to have to go and tell people something like this," police inspector Paolo Campana told ANSA.

No trace had been found of the Boeing 777-200 by nightfall Saturday but Vietnam said its search planes spotted large oil slicks in the sea, in the first hint at its possible fate. 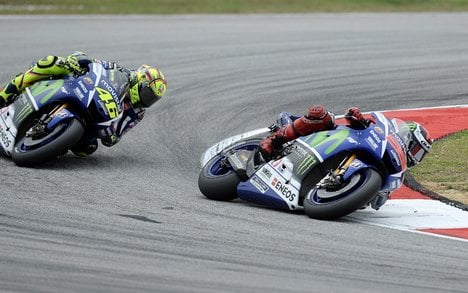