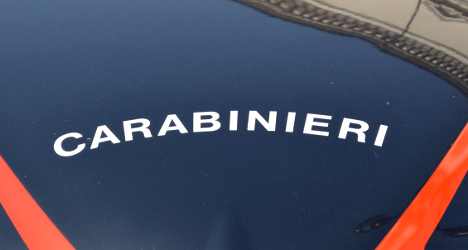 The woman was questioned by police in hospital. Photo: Rosie Scammell

Edlira Dobrushi, from Albania, stabbed her three daughters, aged 13, 10 and four, on Sunday morning in the city of Lecco, TGcom24 reported. While the youngest were killed while they slept, the eldest reportedly tried to defend herself from her mother.

Dobrushi then put the children's’ bodies on a bed and called a neighbour, telling them, “my daughters are no more” before trying to commit suicide, the news channel said.

Dobrushi, in her late thirties, was taken to hospital with wrist injuries where she was questioned by police. “It was me, I was desperate,” the mother of three was quoted as telling investigators.

The family was in a dire economic situation and Dobrushi’s husband had recently left her because she suffered from depression, TGcom24 said.

Responding to the news, one of the Dobrushi family’s neighbours said they were “distraught”.

“I just can’t believe this act of madness. I knew Simona, Casey and Leandsy very well because I took them to school. They lived here for four or five years and never caused any problems. They were an absolutely normal family,” the neighbour told TGcom24.

The mother’s Facebook account has been taken down in recent hours, although it reportedly contained a series of photographs of her daughters describing them as “my strength” a week ago, and the youngest as “my guardian angel”.

The murders come just days after a woman in southern Italy stabbed her 11-year-old son to death before trying to kill herself. The mother disappeared with the boy after reportedly finding out her husband had had an affair.