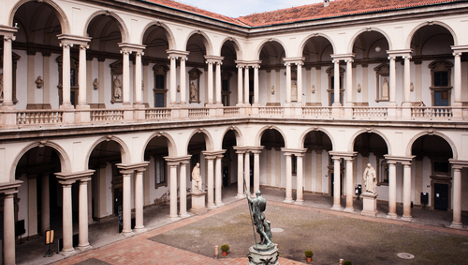 Staff at the Brera Academy discovered the damaged statue on Tuesday morning, with its plaster cast and terracotta leg in pieces on the gallery floor.

According to witnesses, it was broken when a foreign student climbed atop to take a “selfie” photograph of himself, Corriere della Sera reported. But with no CCTV footage of the incident, staff at the Academy are unable to track down the culprit.

The “Drunken Satyr” statue is a 19th-century copy of an Ancient Greek model, discovered in Rome’s Castel Sant’Angelo around 400 years ago, Corriere said.

While the copy’s value cannot match the original, which is now safely in the Glyptothek museum in Germany, the damage is a blow to the Academy and just one of a string of cases of damage wrought by foreigners to Italy’s famed cultural heritage.

In August, a tourist was blamed for snapping the finger off a 600-year-old statue in Florence. The American was reportedly spotted trying to take a hand measurement of the sculpture, but staff failed to intervene quickly enough to save the stone digit.

Rome has also fallen victim of a rebel tourist recently; earlier this week a Canadian saw fit to steal a souvenir from the Colosseum, stashing a brick from the ancient site into her backpack.