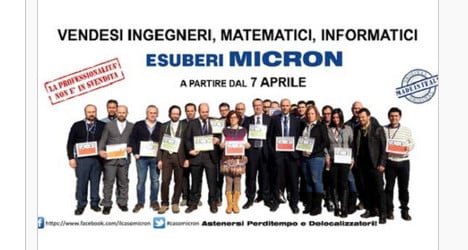 Staff from Micron Technology have put themselves up for sale on eBay. Screengrab: eBay

Engineers, technicians and computer scientists are offering themselves up to the highest bidder after Micron Technology, a semiconductor manufacturer, said in January that it would cut almost 50 percent of its workforce across Italy.

Alongside a photo and slogans saying ‘professionalism is not for sale’ and ‘made in Italy’, they announced on eBay that from April 7th, “419 excellent tech specialists will be on sale.”

Though they are yet to receive any offers, Giovanni Apollonio, a package engineer at the firm’s Monza and Brianza plant in Lombardy, told The Local that the tactic has helped to draw attention to their plight.

“It’s very hard to find work in Italy so we thought we’d attract publicity through eBay, not only with the hope of finding a job but also to bring attention to our case,” he said.

The job-cuts have rattled staff and unions, especially as the company appeared to be in good health after doubling its revenues last year to $14.2 billion (€10.3bn)

Despite attempts by unions to salvage the jobs, Monica Di Cola, from the UILM union in Avezzano, L’Aquila, was quoted in Il Messaggero on Wednesday as saying the layoffs were likely to go ahead as planned on April 7th.

A severance deal, which could see the staff paid full salary for 18 months, is still being thrashed out, Apollonio told The Local.

In a joint statement on March 21st, the national secretaries for the trade unions FIM, FIOM and UILM said:

“Micron cannot shirk its responsibility and must submit a recovery plan for its Italian plants, as well as a social plan to deal with the reorganisation and the maintenance of employment levels.”

The layoffs affect the company’s plants in Brianza, north of Milan, Arzano in Naples, Catania in Sicily and Avezzano in L’Aquila.

The eBay move came as Italy’s national statistics agency announced on Tuesday that unemployment in February hit a record 13 percent. 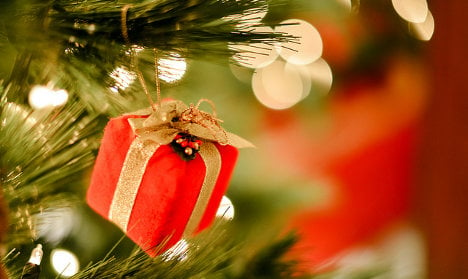 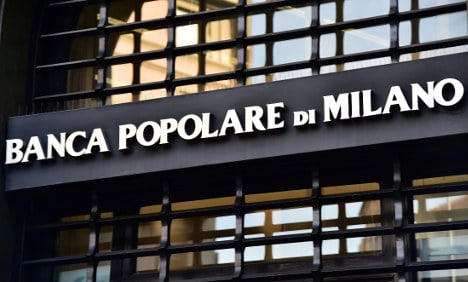