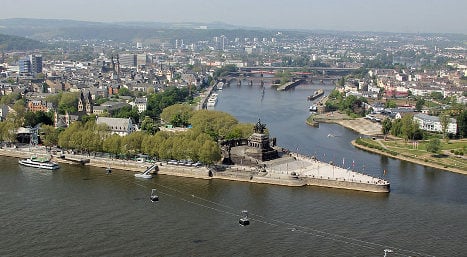 The case is part of the larger investigation called the Scavo Commission into mafia outreach in the Rhineland that has uncovered far more than shell companies and tax evasion.

"The mafia has infiltrated every sector in Germany from construction to alternative energy, from waste management to shareholding of large companies or banks.

“They buy votes and influence elections through bribery, corruption”, said Roberto Scarpinato, attorney general of Palermo’s court of appeals and anti-mafia pool, in an article published in Wired Italia.

According to Wired Italia, and in collaboration with Investigative Reporting Project Italy (IRPI) and media publisher Funke, the mafia is “increasingly present in Germany”.

Imported machinations of Calabrian and Sicilian crime families have been in place for decades, but more recently have been upping their activity in German industries, the investigation reveals.

In August 2007, an ‘Ndrangheta massacre in Duisburg left six people dead, leftovers from the nearly two-decade “San Luca feud” which started in Calabria.

In January 2013, 17 people from Germany and Sicily were arrested at a Colonge bar in a tax-evasion scheme that continues to unravel a tangled web of mafia and ‘Ndrangheta involvement.

Scarpinato said: “The mafia in Germany wants the Germans to think it doesn’t exist. It doesn’t need to be violent, it can seduce with money.

“Of course, there is still the violent face of the mafia in Italy, but that only shows itself when the power of convincing by money isn’t enough.

“In times of crisis like today, the power of money and corruption can become an epidemic that shakes the foundations of a society. Germany has to decide whether to accept the mafia, or fight it."