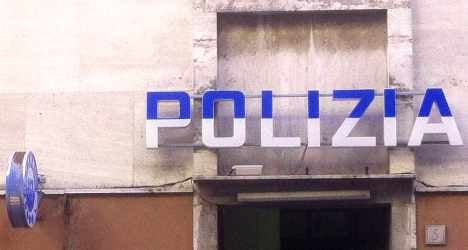 Police said no piece of evidence would be undervalued in their investigations. Photo: Rosie Scammell

Investigations are continuing into the murder a woman whose body was discovered on Monday taped to a horizontal bar with her "arms outstretched as if she had been crucified".

The body, which has now been identified as that of 26-year-old Romanian prostitute Andrea Cristina Zamfir, was discovered under a bridge below the A1 motorway in the Ugnano district, on the western outskirts of Florence.

She had been raped with an object – probably a pole – and left to die, La Stampa reported.

She was still wearing her shoes and the rest of her clothes were discovered around one kilometre away on the same road.

On Tuesday it was reported that the tape used to bind the woman may provide vital clues to the identification of her killer.

According to reports, the tape has an inscription which links it to the Careggi hospital in Florence.

“No clue, no detail, no piece of evidence will be undervalued,” investigators were quoted as saying by La Stampa.

Police are also investigating as many as six other cases involving sexual abuse from the past ten years where similar tape was used.

One of the cases under examination involved a 46-year-old female prostitute who last March reported being raped, robbed and tied with tape by a client on the same road after being approached by a customer in the northern outskirts of the city.

Police have also spoken to witnesses and friends of the young Romanian woman.

Meanwhile, fear is mounting that the killer might strike again with police admitting there was a “real possibility a new serial killer is on the rampage”, according to Ansa.