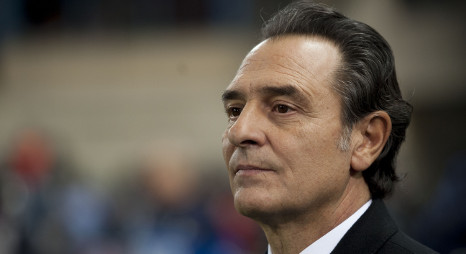 Prandelli, who has managed the national side since 2010, told a news conference on Tuesday that the team’s skills and tactics can help it reach the final, “even if we meet strong teams along the way,” Metro newspaper reported.

Italy starts the tournament with a match against England, which it beat 4-2 on penalties in the 2012 European Cup quarter final, on June 14th.

Prandelli, from Tuscany, added that the side must put individual egos aside and work as a team if it wants to reach the final.

Football aside, Prandelli also pointed out that going to the World Cup was also about having fun.

He will announce his World Cup team on June 2nd, although it is expected to include AC Milan’s Mario Balottelli, who scored a hat-trick against Germany in the semis of the European Final in 2012, and Juventus player Andrea Pirlo.

Other potential strikers include Giuseppe Rossi, Ciro Immobile and Antonio Cassano, a 31-year-old Parma player who has a “last chance” on the global stage if he “tames his ego”, Prandelli said.

The 30-man team will also likely include Gianluigi Buffon, the goalkeeper who played a major role in securing Italy’s World Cup 2006 win.