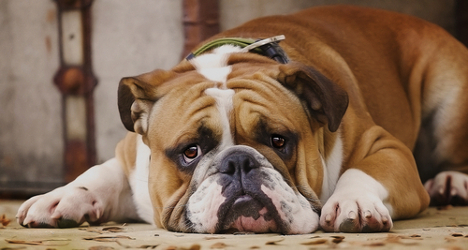 The landlady is accused of feeding the dogs poisoned meatballs. Dog photo: Shutterstock

The 58-year-old landlady is on trial in Treviso for allegedly using poisoned meatballs to kill Bubu, Puppy and Tommy, after the dogs’ owners failed to pay the rent.

According to her tenants, a 35-year-old man and 29-year-old woman, the landlady left the deadly meatballs in the garden to be eaten by the unsuspecting pets, Tgcom24 reported.

They had not paid the rent on the Cordignano apartment for two months, after losing their jobs, and claim to have received intimidating messages from their landlady.

She denies the charges and says she was in Naples when the dogs died, a claim supported by her family’s testimony.

Elsewhere in Italy, pets are having a happier time.

On Monday, Italian media recounted the tale of Rudy, a five-year-old Pekingese dog who showed up in Florence three years after going missing in Sicily.

It is unclear how the dog came to travel to Tuscany from the southern Italian island, but thanks to a microchip Rudy could be reunited with his owner.