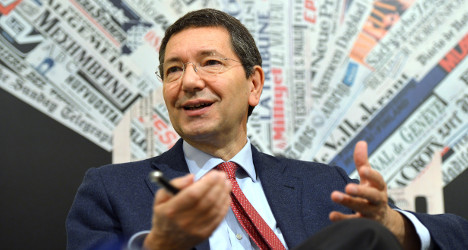 The city mayor said he was “in favour of the possibility of the liberalization of cannabis for medical or personal use.”  He was speaking at the Eighth Annual Conference of the International Society for the Study of Drug Policy in Rome.

Beyond the capital he also advocated broader reform of drug laws both in Italy and abroad.

“Decriminalization of marijuana must be considered a starting point, because years of prohibition have brought no results in the prevention of a dramatic increase in drug use,” Marino was quoted in Il Messaggero as saying.

“New forms of legalization should be tried out in medicine, for people’s health, but also to fight organized crime,” the The Democratic Party (PD) politician added.

Marino’s view reflects that of his counterpart in Turin, where the city council in January backed legalizing cannabis for therapeutic purposes.

The following month Italy’s Constitutional Court struck down a law that carried a sentence of between six and 20 years for trafficking cannabis. The ruling was hailed as “a victory for everyone” by PD politician Enza Bruno Bossio, but Maurizio Gasparri, a Forza Italia senator, warned the decision would bring “devastating social consequences”.