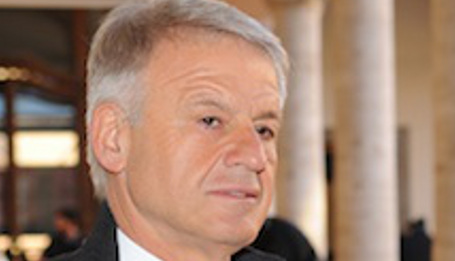 Corrado Clini, who served as environment minister with Mario Monti’s government, allegedly stole over €3 million from public money that was meant to fund a water purification project in Iraq, Corriere della Sera reported.

A businessman from Padua, whose company oversaw the deal in Iraq’s Tigris and Euphrates basin, was also placed under house arrest by Italy’s Finance Police on Monday morning, the newspaper added.

They face charges of embezzlement against the Italian ministry of environment, land and sea.

Clini also served as the ministry's director general, and between 2000 and 2001 he co-chaired the G8 task force on renewable energy.

Clini is the second former Italian politician to be arrested within the last month. In early May, Claudio Scajola was arrested in Rome for allegedly helping Amedeo Matacena, a Calabrian businessman escape a five-year jail term after his conviction for mafia association was handed down last year.