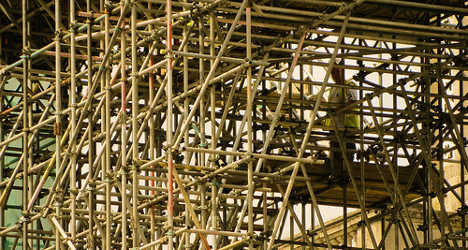 The man died after trying to rescue two other workers at the site. File photo: Gary Knight/Flickr

The man, 40 died after trying to rescue three other workers at the site on Via Aurelia, in the west of the capital, La Repubblica reported.

The men had been working in the two-and-a-half-foot deep hole, installing plumbing, when the beams collapsed.

Firefighters rescues the two other men, who are now in hospital, one with chest injuries and the other with a broken leg, the Italian news agency ANSA reported.

Police are now trying to establish how the accident happened.