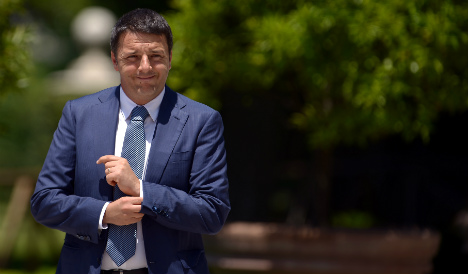 "The next president of the European Commission must bring political change for the next five years or he will not have Italy's support," Renzi said at a conference organised by the daily La Repubblica in Naples.

"No one obtained a majority in the parliament. So we are obliged to make a deal. They want (former Luxembourg prime minister Jean-Claude) Juncker — fine. But he must say what he plans for the next five years."

The European People's Party (EPP), which emerged as the largest grouping after last month's EU elections, has chosen Juncker as its candidate to head the Commission, which is the EU's executive.

They may need the support of other parties to get their way, but several leaders, including British Prime Minister David Cameron, have already objected to the EPP's choice.

They feel Juncker, an EU stalwart who formerly headed the Eurogroup of EU finance ministers, will lead the 28-nation group down a more federalist route and fail to bring the radical reforms demanded by voters, who flocked in record numbers to anti-EU and fringe parties at the election.

Juncker has the support of German Chancellor Angela Merkel, who is part of the EPP grouping, but she has stressed the need for broad support.

Renzi, the dynamic new prime minister of Italy, carries particular influence since his party won a surprisingly resounding victory in the EU elections, taking 40 percent of the vote.

The 28 heads of member states must propose a name at their next Brussels summit set for June 26-27. The European Parliament will make a final decision in mid-July.