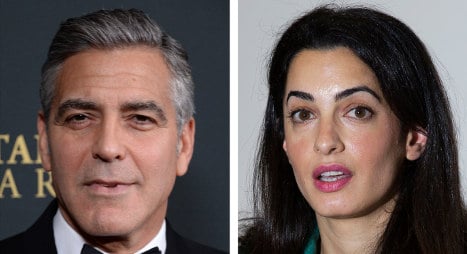 According to a report in the New York Post, the 52-year old actor and Amal Alamuddin, a human rights lawyer based in London, scoured Italy for wedding venues and have settled on Venice.

“George and Amal want to be married in Italy, but they need a location that offers them and their guests privacy,” a source told the newspaper.

The wedding will reportedly take place in a palace and is planned for September. The couple were seen dining in Venice in May.

Clooney, who in 2002 paid €11.7 million for a villa in Laglio, on Lake Como, proposed to 36-year-old Alamuddin at the end of April. He reportedly got down on bended knee after cooking her a meal at his home in California.

Clooney once said that buying a home in Italy “changed my life in a very pleasant and unexpected way…I realized how beautiful life was in Italy and how it really helped calm me and not feel so pressured.”

He also captured the hearts of locals in the town of Laglio, where he is an honorary citizen. The 900-stong local population is said to be fiercely protective of “their George”