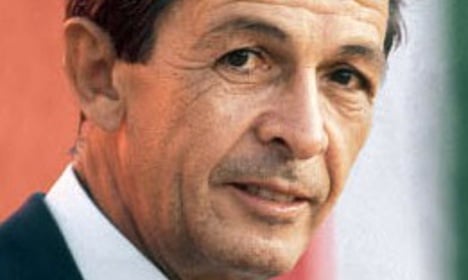 Berlinguer died on June 11th 1984 during a political rally in Padua, north-east Italy, after having a stroke.

He was at the time the long-standing leader of the Italian Communist Party (PCI), celebrated for taking a strong stance against the policies of the Soviet Union.

One of his many clashes with Moscow came in 1976, when he gave a speech about the values of democracy and pluralism, asserting the PCI’s autonomy from the USSR, Rai News said.

However, during his time as party secretary he faced opposition from the Vatican, Italy’s Christian Democracy party and the Cold War-era US government, Rai News said.

But after Berlinguer died suddenly at the age of 62, a million-strong crowd carried a sea of red through Rome.

Thirty years later, Berlinguer will again be honoured in the Italian capital. At a ceremony on Wednesday afternoon Ignazio Marino, the mayor of Rome, is due to rename a square close to Piazza Venezia after the Communist leader.

“I think of it as a sign of recognition for the country and not a political party,” Marino was quoted in La Repubblica as saying ahead of the ceremony.