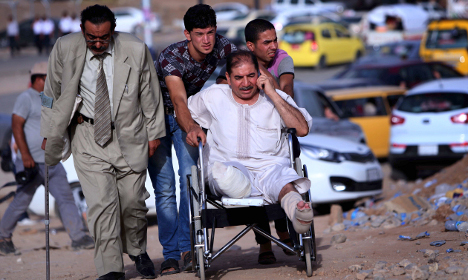 "From the sketchy information coming out of Mosul it appears Christians are once more the victims of terrorism and bloodshed," the Sant'Egidio community, which promotes dialogue between religions, said in a statement.

"An explosion of extremist violence is putting at risk a project of religious integration and social development, based on coexistence and collaboration between Christians and Muslims," it said.

Militants of the Islamic State of Iraq and the Levant (ISIL or ISIS) and their allies on Tuesday seized Mosul and surrounding Nineveh province, and militants have since then captured a large swathe of northern and north-central Iraq.

As many as half a million Iraqis fled their homes in Mosul as ISIL vowed on its Twitter account "not to stop this series of blessed offensives."

Sant'Egidio, which said around half of Iraq's 400,000 Christians live in the Niniveh province, described reports of "numerous victims" and attacks on "sacred buildings, churches and convents, which have been set alight."

Sant'Egidio called on the international community and the Iraqi government "to do everything possible to interrupt the spiral of violence."

Known for its ruthless tactics and suicide bombers, ISIL is arguably the most capable force fighting President Bashar al-Assad inside Syria as well as the most powerful militant group in Iraq.

ISIL is led by the shadowy Abu Bakr al-Baghdadi and backed by thousands of Islamist fighters in Syria and Iraq, many of them Westerners.

It appears to be surpassing Al-Qaeda as the world's most dangerous jihadist group.