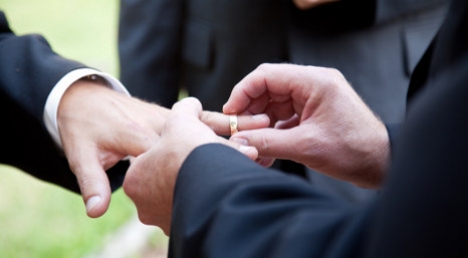 Roberto, from Naples, and Manuel, a Spaniard, will register their marriage at the city council on Monday after attending Naples Gay Pride this weekend, La Repubblica reported.

Two other couples are preparing to register their marriages after the controversial measure was introduced by mayor Luigi De Magistris earlier this month.

De Magistris said the move not only had a symbolic value, but also a legal one, and that it affirms “the principle of equality in diversity, because diversity is an asset.”

His decision, however, was criticized by Crescenzio Sepe, a Catholic cardinal and archbishop of Naples.

“I have nothing against gay people…but I think that in Naples there are more urgent measures to implement,” he was quoted in Corriere del Mezzogiorno as saying in early June.

The measure came after a court in April recognized a gay marriage for the first time in Italy, despite same-sex civil unions not yet being allowed in the country.

The court ordered the city council of Grosseto, in Tuscany, to register the marriage of a gay couple who wed in New York in 2012.