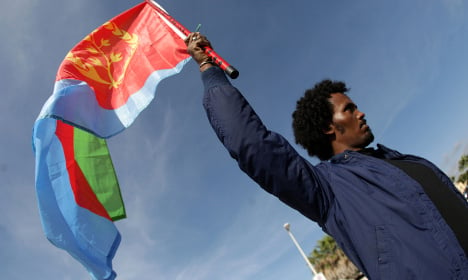 A man in Sicily waves an Eritrean flag during a ceremony commemorating migrants who drowned off the Italian coast in October. Photo: Marcello Paternostro/AFP

Pistelli said the visit aimed at fostering greater cooperation between the two countries, “given that many of the security and migration problems that affect Italy actually originate in this part of the region.”

While Eritreans do not make up the largest group of immigrants to Italy, greater attention has been placed on the country in recent months due to a sharp uptick in the number of boat migrants to Italy from the Horn of Africa.

The majority of the 366 people who died in a shipwreck in October off the Italian coast were fleeing Eritrea, a country where “human rights conditions remain dismal” according to Human Rights Watch.

Many more Eritreans continue to cross the Mediterranean by boat, along with others from Syria, Somalia and elsewhere. At least 40 people have died attempting the dangerous sea journey to Italy over the past week, with 75 more reported missing yesterday.

Speaking about his visit to the Eritrean capital, Asmara, Pistelli said he wanted to “try to foster Eritrea’s full reinstatement as a responsible actor and key member of the international community in the stabilization of this region”.

The deputy minister’s visit showed a “new willingness to engage”, he said, which had the potential to “rekindle the mutual trust” between Eritrea and Italy that has been absent for “too many decades”.

The last visit to Eritrea by a member of the Italian government was in 1997, when the then president Oscar Luigi Scalfaro travelled to the country. 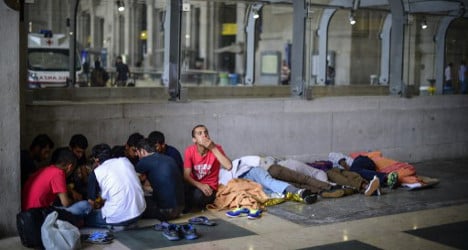 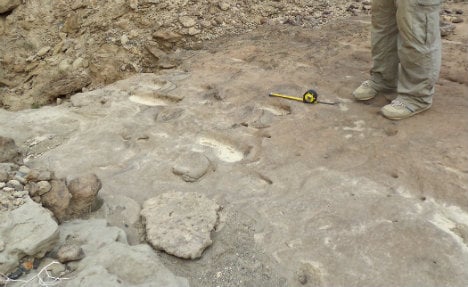 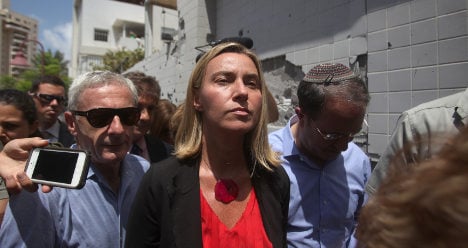 So who is Federica Mogherini?

Mogherini was little known before becoming Italy’s foreign minister in February this year. She is the third woman to serve in the role, after Emma Bonino and Susanna Agnelli.

At 41, she is just two years older than Prime Minister Matteo Renzi and is among the youngest politicians in his ruling Democratic Party.

Born in Rome, she is also a mother of two daughters: Caterina, 9 and Marta, 4.

On her blog, called Blogmog, she says she “likes to travel (anywhere, anytime and in any way)”. She also loves reading and spending time with family and the people she loves.

She is fluent in English, French and also speaks some Spanish.

What did she do before becoming foreign minister?

Let’s first go back to the 1990s. It was during this decade that Mogherini was at her most radical, participating in campaigns against racism, xenophobia, Apartheid and gender discrimination, to name but a few.

After a stint working in a call centre, she went on to study for a degree in political science at Rome's Sapienza University.

Her course included some time as an Erasmus student at the Institute of Islamic Studies and Research in Aix en Provence, France, where she wrote a thesis about Islamic politics.

She was elected to parliament in 2008 and also represented Italy at the Nato Parliamentary Assembly.

An article in the Wall Street Journal on Wednesday described Mogherini as “typical of center-left politicians of her generation.”

“Like many of her peers, she has journeyed from the radical left to the mainstream,” columnist Sohab Ahmari wrote.

Has she ever done anything troublesome?

Well in 2012 she was tagged in a photo posted on Facebook, reportedly taken in 2002, standing alongside the controversial Palestinian leader Yasser Arafat.

The photo did the rounds on the internet, causing quite a stir. Since then, she seems to have become a lost less radical.

So why was she picked as Italy’s foreign minister?

Renzi took quite a risk appointing Mogherini over the well-experienced Emma Bonino, who was also well-respected at home and abroad.

Despite the choice raising a few eyebrows, Renzi stood firm in his mission to create a young, fresh and vibrant government, even going against the wishes of the Italian President Giorgio Napoletano.

What has she been up to since?

Within minutes of her appointment, she took to Twitter to announce that she had already spoken to US Secretary of State John Kerry, French Foreign Minister Laurent Fabius and Evan Venizelos, the Greek foreign minister, on issues including Ukraine, Libya, Syria and Afghanistan.

She has been forthright in her views on Ukraine, saying in early March that the crisis risked propelling Europe into “a new Cold War scenario” that could “take us backwards by decades”.

A day later, she warned Libya that political instability is hampering international efforts to provide assistance to the deeply divided country.

Her travels so far have included last week's trip to Russia and Ukraine, her first overseas visit as foreign minister.

This week she went to the Middle East for talks with Israeli Prime Minister Benjamin Netanyahu and Palestinian President Mahmoud Abbas, in an effort to broker peace amid escalating violence in the Gaza Strip.

She will also travel to Egypt, a traditional mediator in the Middle East conflict, on Friday.

So why is she in the news this week?

Within weeks of the Democratic Party's triumphant victory at the European Elections, Mogherini was being widely tipped to replace Catherine Ashton as the EU's foreign policy chief.

Little attention was given to her age or “inexperience” until last week, when during a visit to Moscow she endorsed the controversial South Stream gas pipeline project. She was also pictured shaking hands with Russian President Vladimir Putin, who called on her to help repair relations between Russia and the EU.

That Russia was her first overseas trip as foreign minister was also criticized, with leaders of other EU states saying Italy has taken a soft line on Russia's annexation of Crimea.

By Monday, a Twitter campaign entitled #StopFederica, highlighting her shortcomings, was underway.

But despite European Parliament President Martin Schulz sharing a few kind words about Mogherini on Wednesday, the backlash is perhaps what persuaded the leaders of the EU's 28 nation bloc to postpone their decision on the job until the end of August. 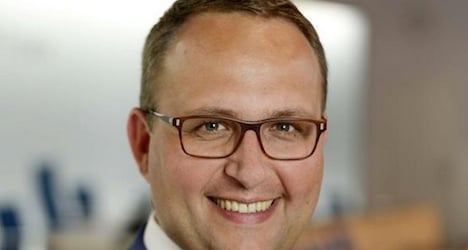 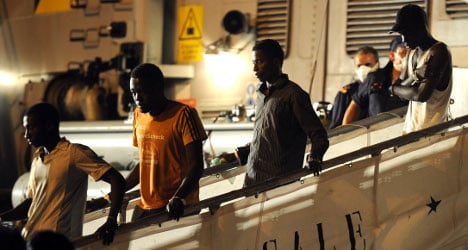