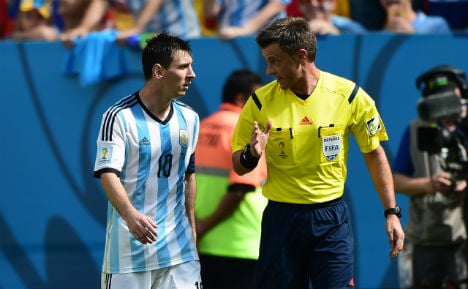 Nicola Rizzoli will get up close and personal again with Lionel Messi after being asked to officiate Sunday's World Cup final. AFP Photo/Francois Xavier Marit

Rizzoli, 42, had been seen as an outside bet to handle the showpiece game at the Maracana Stadium, with FIFA expected to choose an official from a neutral regional confederation.