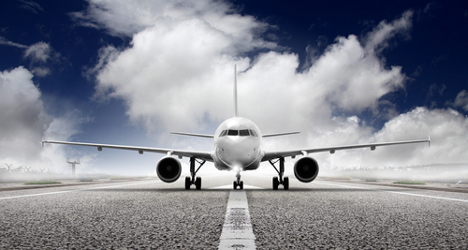 The smoke reportedly caused panic among the 165 passengers who began to shout in alarm, prompting the captain to evacuate the aircraft.

The emergency exits were thrown open and passengers slid down the evacuation slide to the taxiway below, where fire engines and ambulances were waiting. Paramedics assisted an elderly man who had previous health problems and had panicked, although there were no reports of injuries, La Stampa said.

Olbia airport was shut down for half an hour following the emergency evacuation, delaying a number of flights.

Passengers from the evacuated plane, which was scheduled to takeoff for Milan’s Linate airport at 6.30pm, were back on board a flight at around 8.00pm. It was not clear on Tuesday morning what had caused the smoke during their earlier flight.