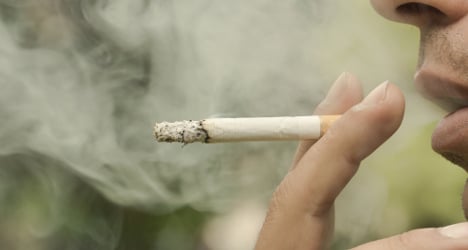 A Milan civil court has ordered British American Tobacco, the world’s second-largest tobacco company, to pay an Italian family just under €1 million after the death of a heavy smoker who died of lung cancer ten years ago, La Stampa reported on Thursday.

The total amount includes interest, legal fees, and even the cost of the man’s funeral.

The man died aged 54 in November 2004, after smoking his way through one and a half packets a day over a period of forty years, leaving a wife and three children.

The court based its decision on a ruling by Italy’s Court of Cassation in 2009, which ruled the marketing and production of cigarettes to be “dangerous” and that “the alleged knowledge” of the risk was still the producer’s responsibility.

The court also took into account that health warnings were only printed by law on cigarette packets from 1991, after the man had already been smoking for 27 years.

These 27 years were deemed to have played a role in the man’s death that was 20 times more significant by the court than the 13 or 14 years of smoking after the health warnings were published.

The verdict will almost certainly be challenged, according to the paper.

Although cases such as these may be rare, it comes nowhere near the record.

Last Sunday the widow of a smoker in Florida was awarded $23.6 billion (€17.5 billion) from America’s second-largest tobacco company RJ Reynolds.