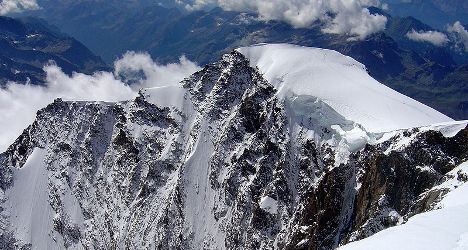 The men were climbing the slope that leads to the Vincent Pyramid, an area popular with climbing enthusiasts. Photo: Kubajzz/Wikicommons

The climbers, who were travelling in a group of three, were struck by the avalanche at an altitude of 4,000 metres at around 3:30pm on Thursday as they were climbing the slope that leads to the Vincent Pyramid, an area popular with climbing enthusiasts.

The avalanche swept the climbers down the valley and into a crevasse, La Stampa reported.

The alarm was raised by another climbing team following behind. Two helicopters along with twenty members of the Aosta Valley Alpine Rescue Team were called to the scene with dogs.

Miraculously, one of the climbers managed to free themselves unharmed.

The body of the second climber was recovered almost immediately, according to La Stampa. They have not yet been identified.

The third man, identified by Tgcom as a 39-year-old American mountain guide living in Chamonix, France, was pulled from the snow after an hour and rushed to hospital in Aosta where he was treated for hypothermia. His condition is not thought to be serious.

Fearing that other climbers might have been affected by the avalanche, rescuers continued their search until late afternoon.

At least three more avalanches were reported in the area during the search.

The avalanche is thought to have been triggered by high temperatures which followed several days of bad weather, Tgcom said. 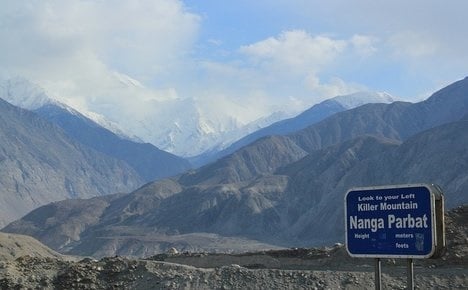 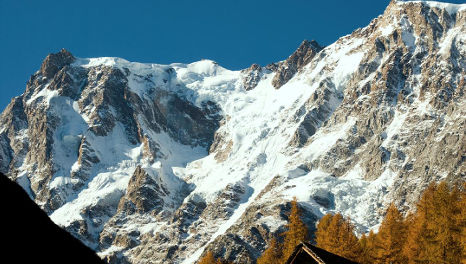