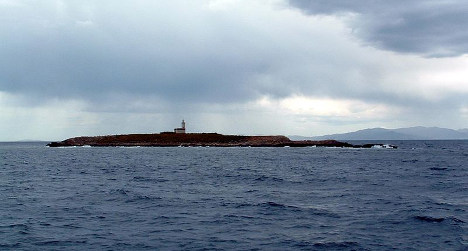 One of the three Formiche Islands in the province of Grosseto where the three scuba divers lost their lives. Photo: Simonefiderigo/Wikicommons

The three men were diving off the Formiche Islands, which form part of the Tuscan Archipelago, when one of the men, 57-year-old doctor and diving instructor Fabio Giaimo, began to feel unwell.

He was helped to the surface by a fellow diver but died shortly afterwards, Tgcom24 reported.

The causes of the deaths of the two other men, Gianluca Trevani, 35, and Enrico Cioli, 37, both from the town of Bastia Umbra, are unknown.

According to reports by Tgcom24, it’s possible that the two men surfaced too quickly when they noticed that Giaimo was feeling unwell. Investigators are also considering the possibility of faulty diving equipment.

Another man, a 35-year-old diving instructor, tried to revive the men before he, too, began to feel unwell. He was taken to the Orbetello hospital but released a few hours later.

Emergency services and the coastal guard were called to the scene at around 12pm but were unable to revive the men.

The coastal guard is now examining the equipment used on the orders of the Procura of Grosseto.