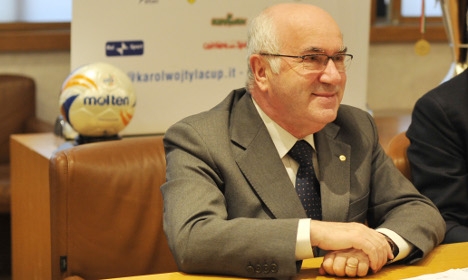 "I will be president of everyone, especially those who expressed their dissent," an emotional Tavecchio told a press conference following his election.

Tavecchio, 71, sparked outrage in Italy three weeks ago when he referred to African players as "banana eaters" during a speech saying Italy should enforce stringent requirements for non-European Union players.

"Here we get 'Opti Poba' who previously ate bananas and then suddenly becomes a first-team player at Lazio," he said.

Moved to tears after his election, Tavecchio admitted he was "little at ease with words", but promised to "better my rough ways" after a difficult race for the post of president, during which tens of thousands of people had signed a petition calling on him to withdraw his candidacy.