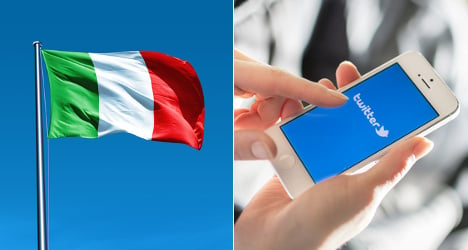 @TheLocalItaly Italy is a contradiction, a feast for the eyes, a second life, a brown button-eyed frustrated teen, infuriating but beautiful

@TheLocalItaly Just south Florence up in hills there's place where world stops where you get to make the day yours & drink wine from a jug..

@TheLocalItaly My Home. The place where I belong to; the Country that forced me to leave and where one day I will return. #Italyinatweet

@TheLocalItaly To live in Italy is how life should be lived. Slower pace, wonderful people,food & drink. Beautiful art, buildings, landscape

@TheLocalItaly Italy is a sunflower, full of color, always shifting toward the light. Yet bends, melancholy, at the darkness of bureaucracy.

@TheLocalItaly Italy is diverse! The old mixed with the new. The food. The dialects. The regions. The land. The people! #italyinatweet

@TheLocalItaly italy is to happiness what tomatoes are to sauce

@TheLocalItaly Beautiful on the outside like a Michelangelo work of art.Evil & twisted in inside like a persona condemned in Dante's Inferno