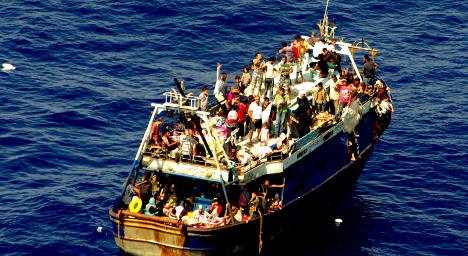 The navy ship Sirio, after spotting the boat was in difficulty, approached it and found 73 survivors along with the 18 dead, the reports said.

The navy, coast guard and merchant marine have rescued more than 3,500 people since Friday in the stretch of the Mediterranean between Sicily and the Libyan and Tunisian coasts, the Italian news agency ANSA said.

Most of the migrants making the risky and often deadly journeys come from Eritrea, Somalia and Syria, but there are also many arriving from across Asia and sub-Saharan Africa.

More than 100,000 migrants have landed in Italy so far this year, according to the UN refugee agency UNHCR — far higher than the previous record of some 60,000 who arrived in 2011 at the height of the turmoil triggered by the Arab Spring revolutions. Many travelled on to other European countries.