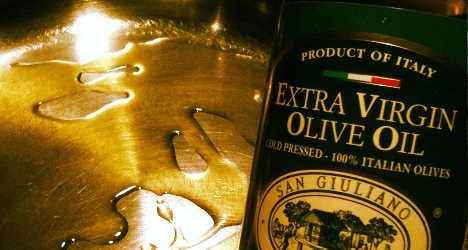 Shoppers risk paying more for their olive oil this year as a bacteria withers the trees of two top producers in Italy. Photo: YouAsAm

Months of dry weather have struck Andalusia in the south of Spain, the world's biggest producer of the "yellow gold".

In the second-biggest grower Italy, the bacteria xylella fastidiosa has shrivelled olive branches in the southern Puglia region.

"Prices will rise by 30 to 40 percent because there will be fewer olives and therefore less oil produced," said one olive farmer in Puglia, Raffaele Piano.

"But quality will not be affected," he said.

"There is no cure. The only solution is to burn the infected trees to stop the bacteria spreading quickly."

Producers in parched Spain say they expect their prices to rise too over the coming months as the October harvest approaches, but hesitate to forecast by how much.

In an early warning sign, the market price of virgin olive oil has crept up over recent weeks from 2.40 euros to 2.70 euros ($3.59) a kilogram, says the Spanish olive oil federation Infaoliva. It warns the rise will continue.

Fewer olives rolling into farmers' nets this autumn makes a recipe for higher prices when combined with ever-mounting demand worldwide.

Olive oil has long been a staple of the Mediterranean diet, and over recent decades it has become popular in cooking in many parts of the world because of its perceived benefits for health.

Demand has surged by 60 percent in the past 20 years, driven by China, the United States, Australia and Canada, according to the International Olive Oil Council.