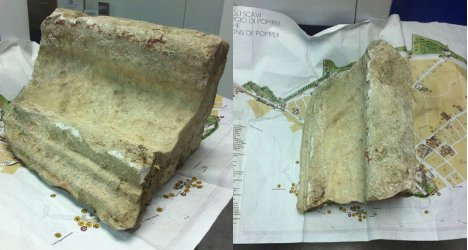 The artefact, which would have adorned a building at the site near Naples, was discovered on Monday morning in the tourists’ luggage in their rental car.

They reportedly intended to fly home but were stopped by airport authorities and now faces charges of appropriation of state heritage, Il Mattino said.

When contacted by The Local, airport authorities and police were not able to give further details of the alleged theft.

A spokesman for the American embassy in Rome told The Local that the embassy had not been informed about the case and so had no further details.

The US government’s travel website tells citizens, “while you are traveling in Italy, you are subject to its laws.” In recent months, however, it appears a number of tourists – not only Americans – have chosen to ignore such warnings.

Earlier this year, an American girl in Florence was caught urinating in public, just months after a fellow US citizen broke a Renaissance statue in the Tuscan city.