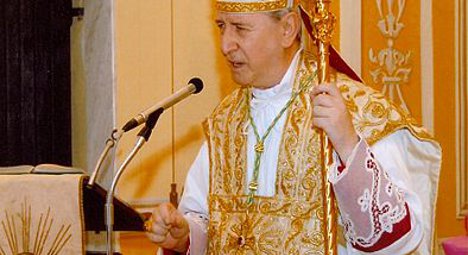 Bishop Mario Oliveri has been accused of turning a blind eye to the actions of priests under his direction. Photo: RiccardoP1983/Wikimedia Commons

During his 25-year-old reign over the diocese of Albenga-Imperia, Oliveri has allegedly turned a blind eye to the actions of priests under his direction.

They include Luciano Massaferro, who was sentenced to seven years and eight months for sexual abuse, and Gabriel Viorel Irla, a priest who allegedly posed naked on Facebook. Another priest – Alfonso Maria Parente – reportedly stole money from a Catholic church.

Other priests have raised eyebrows for working in bars at night and having tattoos, Il Messaggero said.

The Vatican’s decision to intervene follows a visit to the diocese by envoy Adriano Bernardini, after a local woman, Luisia Bonello, sent a dossier to the Pope detailing the scandals. Bonello committed suicide last month and an investigation is currently underway into her death.

But a group of ten priests has rallied around the Oliveri, publishing an open letter in which they say the probe “is painting a distorted picture of our diocesan life.”

“Our church is united around the bishop,” the letter said.