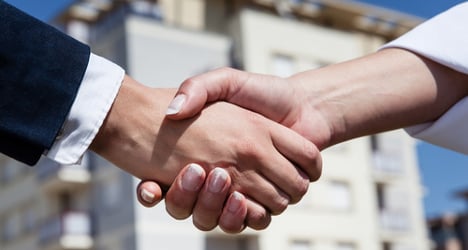 The basic cost of setting up a business in Italy is over €3,000. Business photo: Shutterstock

Italy came 56th out of 189 countries ranked for the ease of doing business, falling four places on last year.

The country slipped five places for firms’ ability to get connected to electricity, to 102nd place, and dropped four places (to 141st) when it comes to paying taxes.

Of the ten areas studied in the report, Italy’s strong point proved to be protecting minority investors (21st) and resolving insolvency (29th). In both areas, however, Italy slipped two places compared to last year’s rankings.

The only area Italy improved in was the ease of starting a business, jumping 15 spots to joint 46th place with the US.

The basic costs for opening a business in Italy amount to €3,539, plus fees for corporate and accounting books, equal to 14.1 percent of income per capita. The process can be done in just five days, the World Bank said.

Singapore topped the global rankings, followed by New Zealand and Hong Kong. Within Europe, Denmark was ranked the easiest place to do business (fourth worldwide) followed by Norway (sixth) and the UK in eighth place.