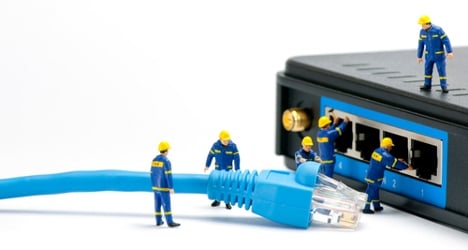 Investment in ultra-broadband is among the proposals set to be submitted by Italy to the EU. Broadband image: Shutterstock

Investment in ultra-broadband networks, particularly in southern Italy, is among the long list of "important" projects that Padoan hopes “will help turn the Italian and European economies around”, Il Sole 24 Ore reported.

Other project proposals, which together are worth over €10 billion, include a high-speed train link between Naples and Bari, making public buildings more energy efficient and subsidising small to medium-sized companies.

The proposals will be presented to the European Union on November 14th.

Despite slight improvements being made in broadband access, Italy still falls behind other EU countries and is progressing more slowly than elsewhere in Europe.

Broadband speeds above 10 Mbps are made available by just 18.4 percent of providers in Italy, compared to the EU average of 66 percent, according to a report by the European Commission in July.

The report said that Italy was of such concern that the Council of the EU last year told the country to upgrade its infrastructure for high-speed broadband.