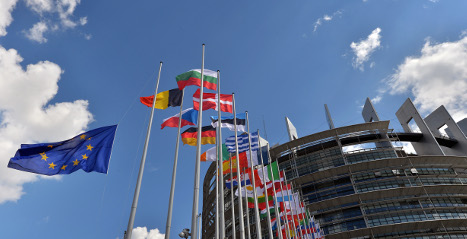 Average growth predictions across the eurozone in 2015 were cut to 1.5 percent from 2.0 percent. Photo: Patrick Hertzog/AFP

According to the European Economic Forecast report for autumn 2014, growth will be driven by “accelerating external demand”.

Inflation, meanwhile, “is set to remain low but slightly positive in 2015, fuelled by higher import prices”.

The Italian government is also expected to reduce its deficit to 2.7 percent of GDP in 2015 from three percent this year, “with a broadly unchanged structural position over the two years."

The EC forecast comes as day after Italy’s national statistics office, Istat, said the economy will shrink by 0.3 percent this year before growing by 0.5 percent in 2015.

Average growth predictions across the eurozone for next year were cut to 1.5 percent from 2.0 percent.