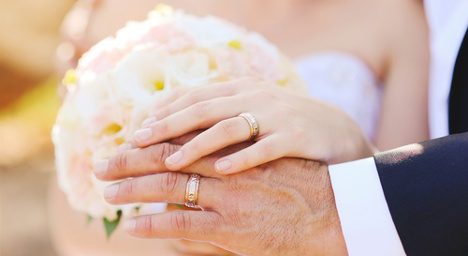 The 87-year-old married his son's girlfriend so she could stay in Italy Wedding photo: Shutterstock

The man, from Villafranca, “did not flinch” when he was asked to marry his son’s Brazilian girlfriend as her residency permit was about to expire, Blitz Quotidiano reported.

The son was unable to marry her as he was still in the process of divorcing his ex-wife, the newspaper said.

The wedding took place last year and reportedly did not raise many eyebrows in the village of almost 5,000 people.

“People were aware of the decision made between the three to avoid the woman’s deportation, and today talk about how happy the couple are thanks to the elderly father’s kind gesture,” Blitz Quotidiano wrote, adding that “everybody lived happily ever after…and in Italy.”