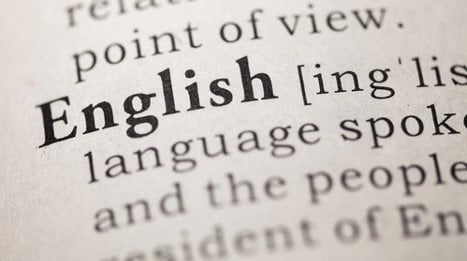 Italians are getting better at speaking English. English photo: Shutterstock

“Italian adults speak English moderately well, and their proficiency levels have improved in the past seven years,” the report said.

Still, Italians lag behind their European counterparts – but are better than the French – at English.

Italy came 20th out of the 24 countries in the European ranking,  one place ahead of France.

Though “the average Italian does not have a command for English sufficient for the workplace”, there is some cause for optimism, the report added.

“English proficiency among Italian adults under 35 is higher than that of their older counterparts. This finding indicates that the education system has been more successful in teaching English than it was previously.”

Those living in central and northern Italy spoke the best English, with Friuli-Venezia Giulia, Lombardy, Lazio, Piedmont and the Aosta Valley, and Tuscany being the top five regions.

The Danes are the best in the world at speaking English, scoring 69.30 points, followed by the Dutch and the Swedes.

DRIVING
Do you have to take Italy’s driving test in Italian?
Url copied to clipboard!