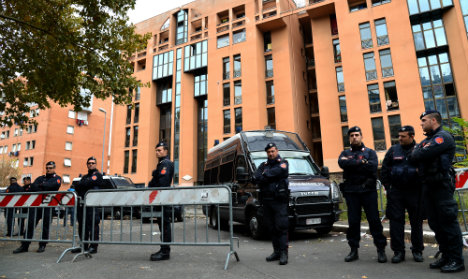 "Why do they have to be taken care of? It's me that needs taking care of."

Like many of Italy's poor, 51-year-old Elvio has had enough. And the unemployed construction worker thinks he knows who to blame.

Born and raised in a rundown suburb of Rome where residents last week laid violent siege to a holding centre for asylum seekers, Elvio belongs to a strata of Italian society whose frustration is beginning to boil over after years of falling incomes, employment and hope.

And with the country struggling to cope with an influx of tens of thousands of migrants fleeing conflict and poverty in Africa, the Middle East and South Asia, that anger increasingly has a focus.

"Even God has abandoned us," said Elvio, leaning on a bar in Tor Sapienza, a district on the eastern edge of Rome.

With numerous abandoned properties, some of which have been squatted by illegal immigrants, the "quartiere" has certainly seen better days.

The number of non-Italians living here is higher than in other parts of the capital.

Yet it is worlds away from the bleak housing estates that dot the peripheries of cities like Paris or London and, to outsiders, last week's eruption of anger could easily appear rooted in ugly xenophobia.

"I'm not racist, but…" has become a recurring refrain as people like Elvio vent widely-held beliefs that immigrants get special treatment from the state and are responsible for increasing crime.

"We are the poorest neighbourhood of Rome but we have so many of them," Elvio said.

"We are told they are Eritreans, but the war in Eritrea (a former Italian colony) has been finished for a long time.

"They hang around in groups in the park in the evenings. They make a noise, they make a mess and they leave beer bottles all over the place. And there have been robberies."

As Elvio tells it, the violence erupted after a local girl reported having been subjected to an attempted rape.

"They didn't speak Italian. We don't know who they were, who knows?" he said.

What is known is that a building housing around 50 migrants was pelted with stones, flares and other missiles for three consecutive nights. Windows were smashed, rubbish bins set ablaze and there were pitched battles with riot police that became sufficiently serious for the city authorities to order the removal of teenagers from the centre.

There was also some evidence of the local protest being hijacked by far right groups with references to "Il Duce" – as Italy's former dictator Benito Mussolini styled himself – featuring alongside overtly racist and anti-Islamic chants.

A prominent member of the fast-rising, anti-immigrant Northern League was one of the first politicians on the scene.

The residents of the centre responded to the attacks on them in an open letter appealing to the generosity of spirit that has led to the Italian navy plucking some 150,000 migrants from the brink of death in the Mediterranean over the last year.

"We did not come to Italy to create problems, least of all to fight with Italians," the letter said. "We are truly grateful to them — we were saved in the middle of the sea by the Italian authorities. We are here to build new lives."

Tiziana Teti, a 40-year-old mother of a five-year-old girl, would rather the escapees from conflicts in Afghanistan/Pakistan and the Horn of Africa did that elsewhere.

"Yes I'm racist if saying Italians should come first makes me that. I know they are fleeing from war but is it up to us to look after them? There are too many of them.

"At school I pay for everything, even the toilet paper. They pay nothing."

"They come and buy stuff from me and I have never had a problem," he said.

Alessia Armini, who coordinates the municipal service that deals with the asylum-seekers, agrees.

"We have been made scapegoats for the problems of a neighbourhood in decline," she says, recalling how, at the height of last week's troubles, the terrified residents of the centre had to barricade themselves in for fear the building would be overrun by the mob.

"It was very scary for the younger ones in particular. Yes, there were moments of panic."