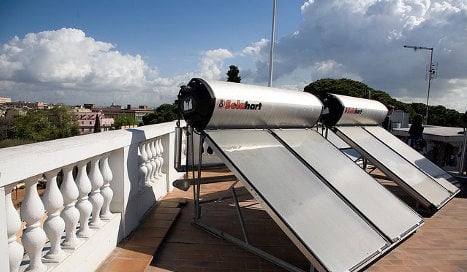 Italy is among the top 20 countries in the world when it come to tackling climate change. Photo: UK In Italy

Italy came 17th in the ranking of 61 countries, one position better than in 2013, according to the 2015 Climate Change Performance Index (CCPI).

The country, alongside Slovenia and the Czech Republic, was also praised for making strides in renewable energy.

Overall, Italy scored 61.75 points for its efforts towards tackling climate change, one step behind Belgium but five ahead of Germany.

Italy drew up a National Strategy for Adaptation to Climate Change (NSA) in 2012. The strategy is intended to put Italy in a position to surpass Europe’s 2020 targets regarding renewables and efficiency.

For the third time in a row, Denmark leads the way with tackling climate change, followed by Sweden, the UK and Portugal.

Meanwhile, Morocco made it into the top ten for the first time.

Elsewhere, France remained in 12th position, while Germany maintained its position at 22nd, despite large investments in renewable energy.

Spain and The Netherlands each plummeted eight places from last year, while Austria dropped five to number 36.

China, the world's biggest emitter, was ranked at number 45. The report pointed to improvements in the efficiency sector and massive investments in renewables.

The last place (61) in the CCPI is occupied by Saudi Arabia, which has the worst record on curbing the growth of its emission trends, and lack of investment in renewable energy.