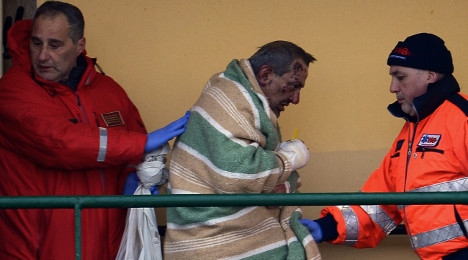 All passengers have now been evacuated from an Italian-owned ferry that caught fire after leaving Greece. Photo: Filippo Monteforte/AFP

The ferry has been drifting in the Adriatic since catching fire in the early hours of Sunday.

The navy said only a skeleton crew of nine men remained on board the vessel, which was due to be towed to port.

At least five people died in the disaster.

Four bodies were recovered from the water around the stricken Norman Atlantic on Monday, a day after the body of a 62-year-old Greek man was pulled from the heaving sea.