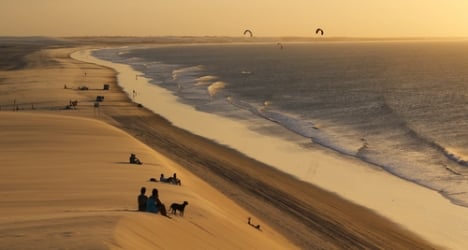 The Brazilian’s arrest came after investigators found contradictions in her testimony, Rai New reported on Monday.

Molinari’s body was found by tourists in the undergrowth of a seaside nature reserve in Jericoacoara. She was reportedly strangled to death, although media reports said she was also hit over the head with a rock.

Before Franca was arrested two Brazilian men and a foreigner were at first investigated over the murder.

Molinari, originally from Piacenza, had moved to Brazil to teach English in São Paulo, before relocating to Fortaleza, around 300km away from where her body was found.

“Gaia was always travelling around the world, first to study, then to work, and in the end to do this humanitarian volunteering which had become her life’s cause,” her mother Valentina Carraro was quoted as saying.

“We spoke the day before she died…she told me about the wonderful place she found herself in. She wanted me to open a B&B with her and imagined bringing her grandfather, my father, to cook and her little brother to do windsurfing,” Carraro said.