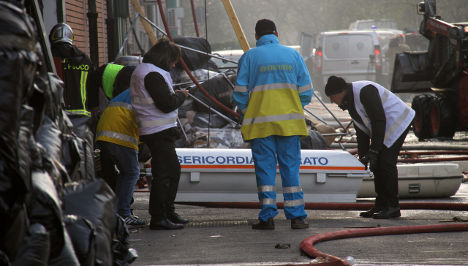 Lin You Lan, identified as the principle manager of the factory in Prato, was sentenced to eight years and eight months in prison, Italian media reports said.

Her sister, Lin You Li was sent down for six years and 10 months, while You Li's husband Hu Xiaping was given six years and six months.

All three ran the factory and were inside when the blaze struck in December 2013, managing to escape while others were trapped by bars on the windows.

Eleven workers had been living and sleeping in close quarters on makeshift plasterboard beds in the Teresa Moda factory when the fire broke out.

The Italian owners of the building are being tried separately.

The presence of the Chinese garment workers is not always welcomed in the city, where numerous Italian firms have been forced to shut, unable to compete.