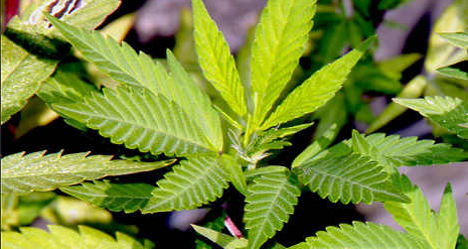 When a well-respected middle-aged woman living in a quaint English town in the film Saving Grace learns of the huge debt left behind by her late husband, she starts growing cannabis in her greenhouse, sells it in London, and reverses her fortunes.

This is what a couple from the northern Italian city of Bergamo hoped to achieve when they started to produce the drug, La Stampa reported.

Or at least that was their explanation after 205 cannabis plants, each at around 1.5 metres high, were found in a specially-equipped “grow room” set up in a rented warehouse in Bergamasco, a town in Piedmont.

Upon their arrest, police also stumbled across 200 grams of ready-to-sell cannabis along with a further 5.5 kilos at their home in Bergamo. They also found 486 recently sprouted plants, ready for cultivation.

PARTNER CONTENT
Why we love Britain: Our ‘Best of Blighty’
Url copied to clipboard!