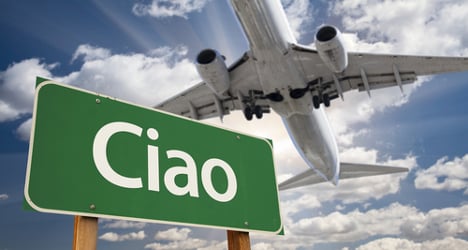 Whether you’re British, American or from elsewhere in the world, most Italians are not keen on you moving to their country.

A total of 75 percent of those polled told the European Commission they felt negatively about immigration of people from outside the EU.

Just three percent felt “very positive” about the thought of welcoming outsiders, while 33 percent of Italians were “very negative”.

Attitudes to fellow Europeans were marginally more positive, with 56 percent of Italians feeling negatively about EU immigrants. But again only three percent were especially welcoming, with nearly a fifth – 19 percent – ticking the “very negative” box.

The party now has 12.8 percent voter support, up from 8.1 percent in November, according to a poll published on Sunday.

The political right has been quick to capitalize on Italians’ unease over immigration, particularly focusing on the increasing number of refugees and asylum-seekers arriving by sea. More than 170,000 migrants arrived in Italy by boat in 2014, many fleeing conflict in Syria and instability in a number of African countries.

Concerns over immigration, however, have their limits, and to Italians the country’s dire economic performance is far more worrying.

While 18 percent of Italians said immigration was one of the two most important issues facing their country, more than double (37 percent) said the same about the economic situation.

Taxation was also more important to 24 percent of Italians, while 60 percent agreed that the unemployment situation should be at the top of the agenda.