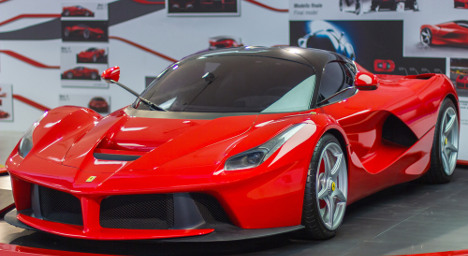 Ferrari is no longer the world's most powerful brand. Ferrari LaFerrari in a Ferrari factory showroom: Shutterstock

Last year, Ferrari was ranked the world’s most powerful brand but has since dropped to ninth place, according to the Global 500 study from Brand Finance.

“It has now gone several years without an F1 title and last season struggled even to mount a challenge. The sheen of glory from its 1990s golden era is beginning to wear thin.”

It pointed to the departure of the company’s former chairman Luca di Montezemolo and a “change in strategy” within the company.

“Montezemolo kept a strict cap on production to maintain the exclusivity of the brand. Since his departure, Chairman Sergio Marchionne has suggested that this policy will be relaxed to boost revenues.”

It described the carmaker’s loss of the accolade as “a particularly heavy blow” for Ferrari owners and aspiring owners who are extremely brand conscious.

Brand Finance’s CEO David Haigh commented: “Ferrari is still in a strong position and its brand value has actually increased 18 percent this year to $4.7 billion.”

Haigh added that while it was certain that the new strategy to capitalize on the brand would drive short-term value, the brand risked lasting damage if it was over-exploited.

Having recently overtaken Mattel as the world’s biggest toy company by sales, Denmark’s Lego this year surpassed Ferrari as the world’s most powerful brand.

The Danish company scored highly in categories like loyalty, familiarity and corporate reputation.

Coming behind Lego as the most powerful brands were PWC and Red Bull.

“Lego is a uniquely creative and immersive toy; children love the ability to construct their own worlds that it provides. In a tech-saturated world, parents approve of the back-to-basics creativity it encourages and have a lingering nostalgia for the brand long after their own childhoods,” said Brand Finance.

The Global 500 study said that despite its old-school appeal, Lego owes much of its recent success to the Hollywood blockbuster The Lego Movie.

“[The movie] was a critical and commercial success, taking nearly US$500m since its release a year ago. It has helped propel Lego from a well-loved, strong brand to the world’s most powerful,” Brand Finance wrote.

Meanwhile, Apple was declared the world’s most valuable brand at an estimated $128.3bn and Twitter took the crown for the fastest growing brand.