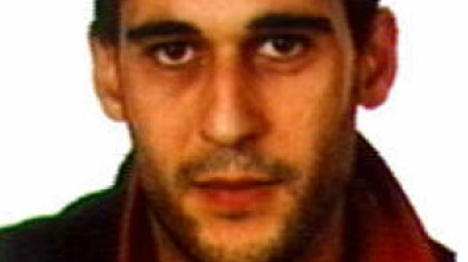 Carlos García Preciado, known as Roberto, was arrested in Rome by antiterrorism officers in the Italian police, in collaboration with Spanish national police.

Preciado was carrying false documents similar to those commonly used by Eta terrorists when he was captured, according to a statement released by Spain's interior ministry on Wednesday.

He was sentenced to 16 years in prison for burning down a bank in the Basque town of Andoain on August 6th 1997, throwing Molotov cocktails into the building forcing its evacuation. But after his sentencing in the year 2000, he fled Spain, and has been on the run ever since. Preciado is also wanted in France, having been sentenced to three years in prison by a Paris court for belonging to a terrorist organization.

He has been among the most wanted terrorists in Spain since the country’s national court issued a search and capture order in 2001.

The arrest is part of a strategy of the intelligence unit of Spain’s national police to strengthen foreign cooperation in hunting Eta fugitives, Spain’s Interior Ministry said in its statement.

Such cooperation has helped in capturing Eta members in Belgium, Italy, Germany, the UK, France, Mexico, Venezuela and Brazil.

Recently, notorious Eta killer, Iñaki de Juana Chaos, was tracked down in Venezuela by the Spanish newspaper El Mundo, after six years on the run, prompting Spain´s national court to start the process of extradition.