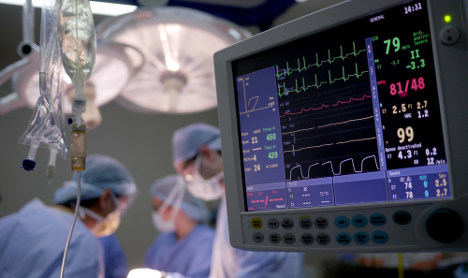 An Italian teenager suffering from bone cancer had half his pelvis replaced by a titanium transplant. Surgery photo: Shutterstock

The 18-year-old has been undergoing chemotherapy for a pelvic osteosarcoma, or tumour, for the last year but his surgeons decided more radical treatment was necessary to ensure his recovery.

In an 11.5-hour operation on Tuesday, surgeons removed half the patient's pelvis along with part of his hip affected by the cancer, replacing them with a prosthetic made in the United States from titanium covered in tantalum, a non-corrosive metal mainly used in electronics components.

The operation had "an excellent outcome" and the patient is now undergoing intensive therapy to help him adapt to his new pelvis, the hospital said in a statement.