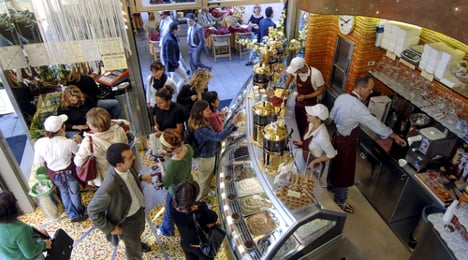 Italian businesses will be able to apply for a cash injection of up to €35,000. Business photo: Shutterstock

Lawmakers from the Five Star Movement (M5S), which has campaigned for cuts to politicians’ salaries, have been setting aside part of their own government incomes since being voted into parliament two years ago.

The total has now topped €10 million, prompting the M5S to set up a microcredit website to help Italians access the funds.

Financing of up to €35,000 will be made available to small and medium-sized enterprises (SMEs), which have existed for at least five years, and entrepreneurs wanting to start a new business.

The aim is to help firms in difficulty and promote growth, said the M5S’s Luigi Di Maio. “We want to allow those who have a business idea to take on the challenge, entering into the banks with their head held high,” he was quoted as saying in Adnkronos.

In order to access the credit, Italians must first make a free visit to a labour consultancy partnered with the M5S. Funds to approved businesses will be paid through post office or building society accounts, within ten days of winning approval, the party said.

In announcing the project, Di Maio made an appeal to other political parties to follow suit and cut their own salaries.

“In two years the Movement has succeeded in paying back €10 million. How much help could we give to businesses if we all did it?” he said.

Research in 2013 calculated Italian MPs are paid €11,703 a month and receive €4,003 in overnight expenses, sums far higher than those paid to politicians elsewhere in Europe.

Roberto Fico, a M5S lawmaker, said the project aimed to promote change across Italy: “Cutting salaries is not only a political act opposing the poor politics of the parties. It’s an act to construct a culture that must change Italy.”

Watch a video (in Italian) about the M5S microcredit project: