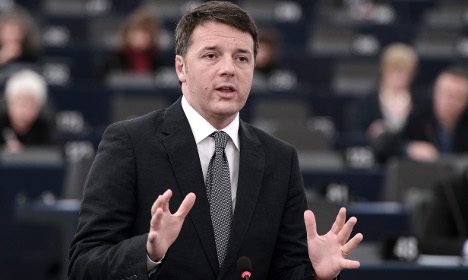 Renzi laid flowers at a spontaneous memorial site where Nemstov was gunned down on Friday night.

“In Moscow, in memory of Boris Nemstov,” Renzi wrote on Twitter.

The murder brought thousands of Russians to the streets and sparked global condemnation, with widespread scepticism at Putin’s stated willingness to track down the killers of one of his most prominent critics.

While Italy has come under criticism for maintaining close ties to Russia, despite Moscow’s role in the Ukraine conflict, Renzi’s visit to the memorial site aligns Rome with its European partners.

Renzi’s landed in Moscow direct from Kiev, where he met on Wednesday with Ukrainian President Petro Poroshenko.

A fragile EU-brokered ceasefire between Ukrainian troops and separatist rebels is said to be holding, with hopes for an end to the conflict which has so far claimed over 6,000 lives.