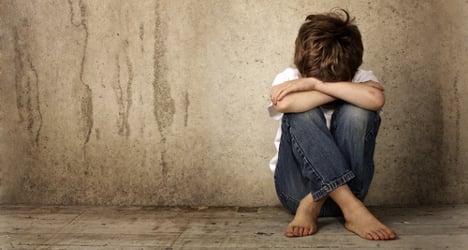 This is not the child in the story. Child photo: Shutterstock

The 44-year-old man was arrested after Italian police posed as paedophiles online, claiming to want to meet the child.

Investigators came across him some weeks ago in an online chat room, where the father allegedly approached paedophiles inviting them to have sexual encounters with the boy. Photos were also published online of the man abusing his son, Ansa said.

Starting with the man’s online nickname, police were able to trace his identity through other social networks. They discovered that the father also lived with another son and the boys’ mother.

Posing as paedophiles, investigators set up a meeting with the man where he was arrested. The two boys and their mother were being cared for by psychologists and social workers, Ansa said.

The 11-year-old reportedly told police he had been abused for months, as further investigations continue into his the broader paedophile ring. A computer, tablet and mobile were among the items seized from the family home.