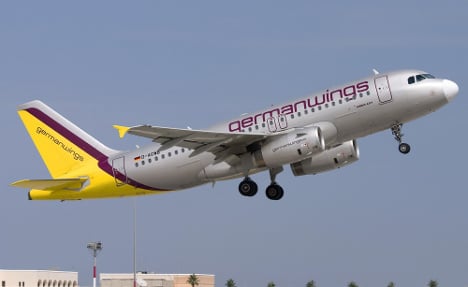 The plane, which had been making its way from Hanover, was forced to make an “alternative landing” because a passenger and a flight attendant required medical treatment due to an “acute feeling of sickness”, the spokeswoman added.

Eugenio Bartolini, a professor from Rome who was on the plane, was quoted by Il Messaggero as saying that a female passenger sitting in the row behind him needed assistance for what appeared to be “fear of flying” and “apprehension”.

“We saw the plane gradually descending and then Venice’s lagoon appeared,” he said.

“When the plane landed, the captain told us over the microphone, in English, that a crew member and passenger were unwell and so he decided to land at Marco Polo.”

The forced Venice landing comes less than two weeks after a Germanwings plane travelling from Barcelona to Düsseldorf  crashed in the French Alps, killing all 150 people on board.

Investigators believe the jet was deliberately downed by co-pilot Andreas Lubitz, who was left alone at the controls when the plane's captain went to the toilet.

They said on Friday that information from a second black box showed Lubitz increased the speed of the aircraft as it headed towards the mountains.